If you have already set up your HelpDesk-LiveChat integration, you can import your data from LiveChat to HelpDesk. However, it’s more than just copying your tickets, agents, groups, tags, and canned responses. The most important benefit is that it replaces the LiveChat tickets section with HelpDesk.

What happens when you complete the import

When you import data from LiveChat to HelpDesk, the following things happen: 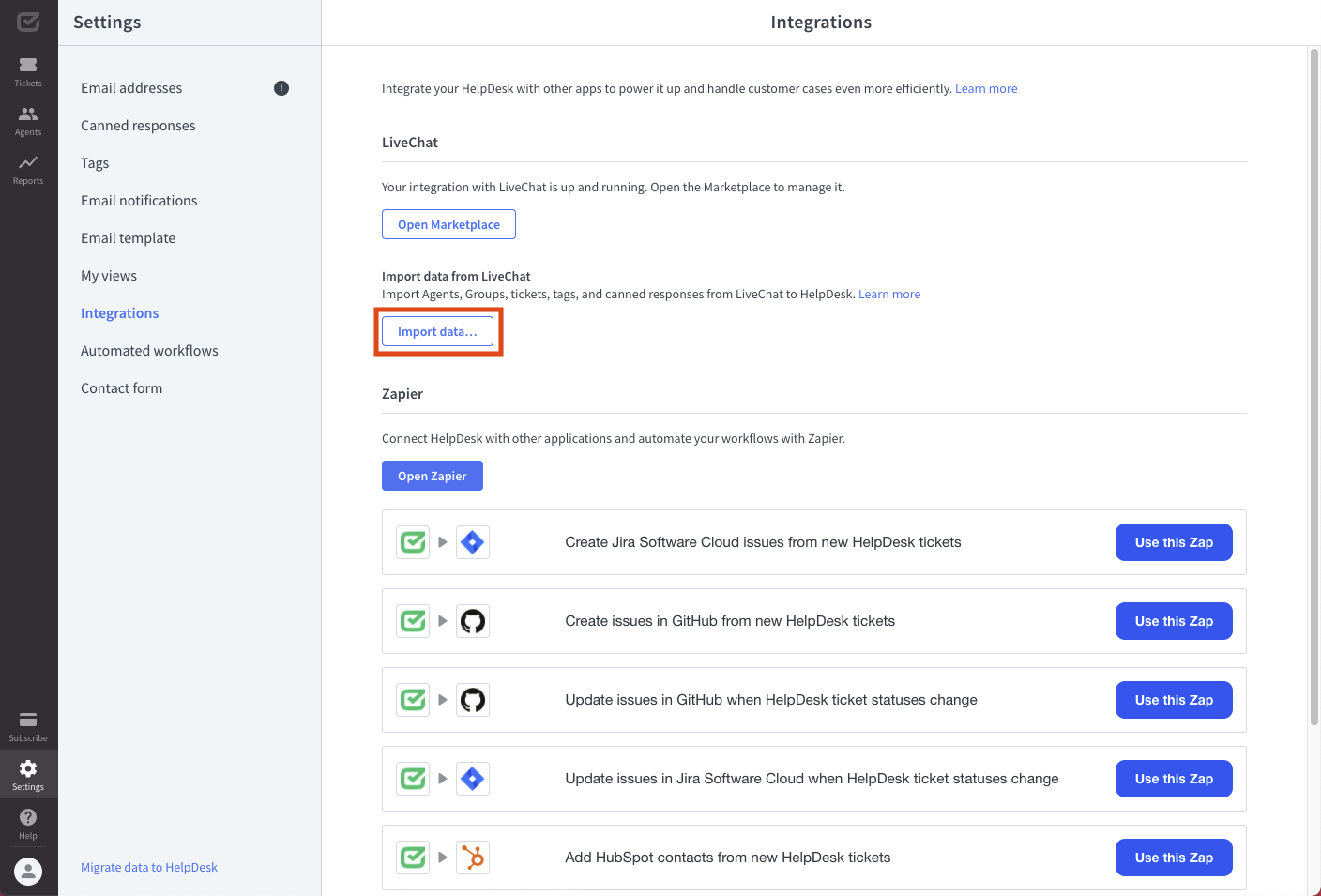 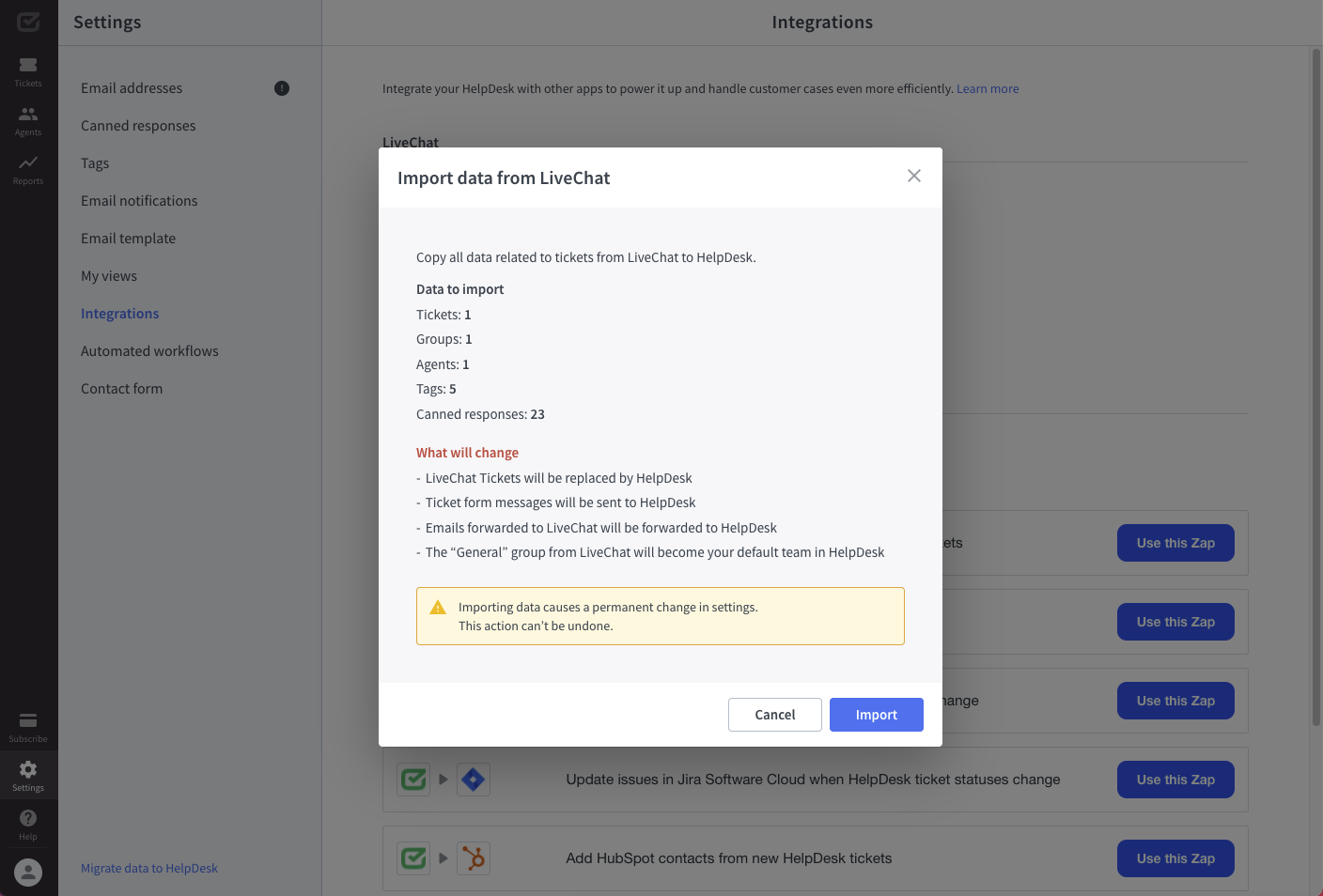 Can I undo the import?

It’s not possible to undo the data import from LiveChat to HelpDesk.

The import is permanent, but you can manually modify or delete imported tickets, agents, groups, tags, or canned responses in HelpDesk.

If you want to go back to using LiveChat and HelpDesk separately, visit your LiveChat account, go to “Settings,” and select “Integrations & Apps.”

When you do this, you’ll see the “Tickets” section in LiveChat again. However, all imported data will still be visible in HelpDesk. 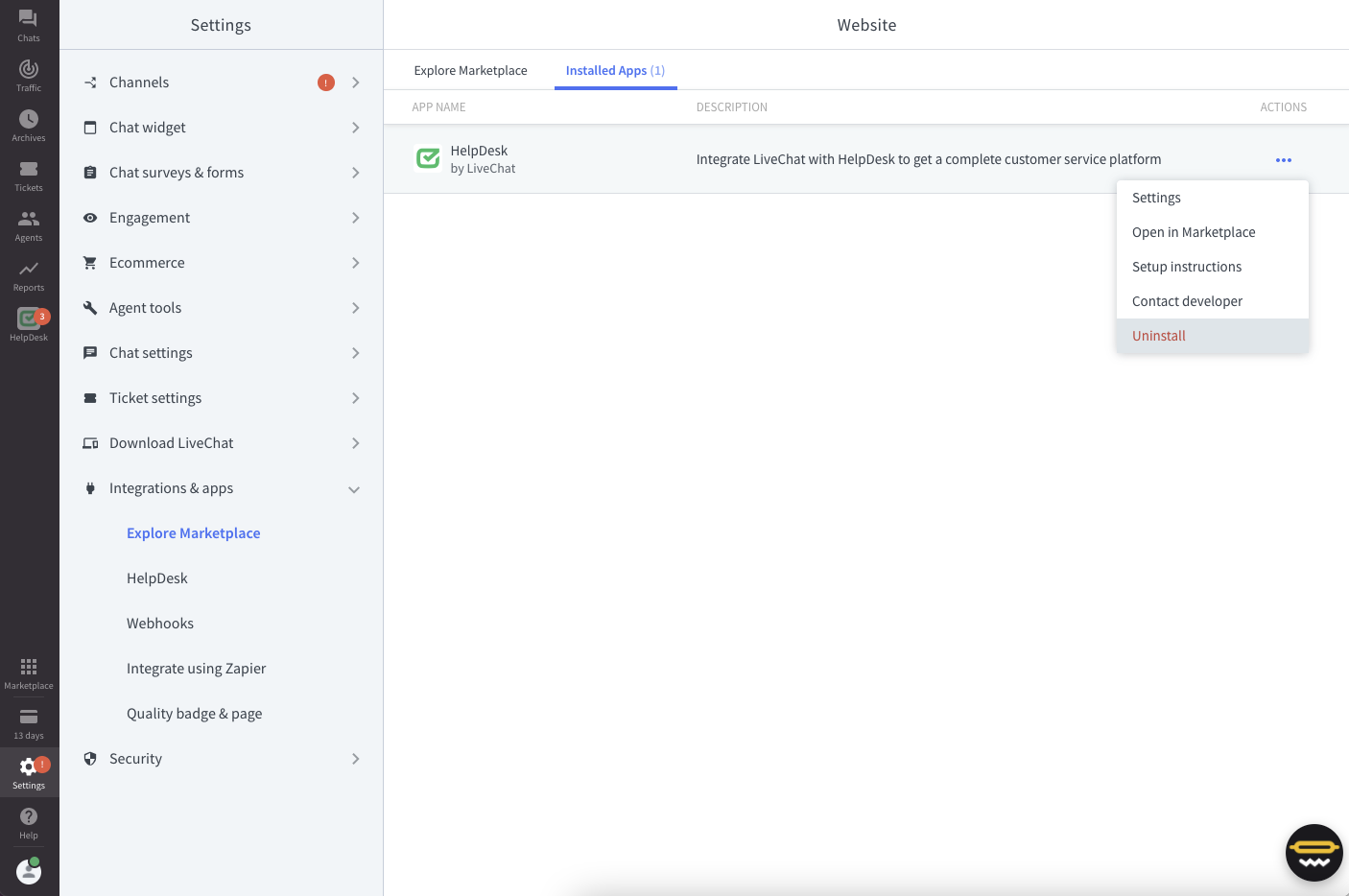 Importing a group after integration

Contact us directly through chat if you’ve already done the integration but have created a new group in LiveChat and want to forward all tickets from that group to its newly created equivalent in HelpDesk.

Before contacting us, please prepare:

Our support team will use the LiveChat group information and manually create a new team in HelpDesk based on it so that you can work with consistent data.

Learn how to connect Zendesk Chat and HelpDesk tickets.

LiveChat integration: Manage emails and chats in one application

Combine LiveChat with HelpDesk to work with chats and customer messages in the same place.

Invite your team and explore HelpDesk features for free

Discover our other products